When I watched the video of surfer Matt Wilkinson's close encounter with a shark my first thought was, "Oh myyyy woahhhhhh!!"

After the woah factor passed, my thoughts turned to how each of us likely comes this close to being seriously injured or killed on a regular basis, but we never know it because there isn't a drone hovering above us, watching what goes on around us. Our focus is generally on whatever is right in front of us, with our thoughts centered on whatever is upcoming.
We operate under this illusion of sameness, and control; believing that we will always be here tomorrow or that things will go as planned. .
But we won't ever know how choosing to cross a street in a different place prevented us from being hit by a car.
We won't ever know that we narrowly missed getting a COVID positive Uber driver.
We won't ever know that we were almost bitten by a mosquito carrying Eastern Equine Encephalitis.
Our minds create the illusion of certainty because we can't function if we live on guard 100% of the time (ask almost any abuse survivor, hyper-vigilance is exhausting). And because our beautiful brains are capable of taking in information, calculating risks, and making predictions, we believe we have control.
I find this weirdly comforting right now, knowing that there has always been uncertainty, there has always been the unknown. I find it comforting because this means that it is possible to function without knowing the outcome. We are unaware that we are doing this every day. It is the knowing that the uncertainty is coming that gives room and time for the mind to play out all sorts of possibilities, for me it is usually ones of the apocalyptic sort, and our bodies respond with stress and worry. Our minds know that is coming, but our bodies believe it is here now.
So I talk to my body.  I breathe into it.  I tense and relax muscles. I check-in.  Slowly, with these and other tools, I pull my body back from tension, back from crisis mode. I remind my body that this new unertainty has not arrived yet.
I do this again, and again, and again. Not to deny that a crisis is coming or to convince my body that the illusion is real, but so that I can respond to what is to come from a place of groundedness and relative clarity, instead of fear and anxiety.
These tools won't spare me from feeling fear or anxiety, but they will help put me, mind and body, in a place where they can be utilized as one more source of information, and not as the only one.
Posted by Joie at 6:18 AM No comments: 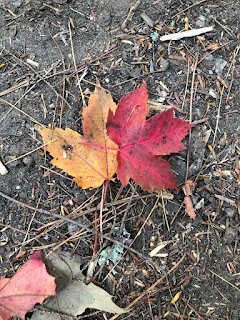 I am sitting on the edge of the porch in the Autumn sun.

I pause to watch the Autumn leaves drop from tree to ground.

As I ponder the falling leaves, a horsefly lands on my journal on the entry from yesterday.  The fly lands on the word between.

Yes, my little fly friend, we are indeed about to enter the time of between; the place of not being one thing or another.

We are entering the pupal stage of the year of the year.  When, here in the Northern Hemisphere, the days grown shorter, nights longer.  The cold comes and we shelter.

Unlike the fly we can't make a haven out of our own skin, so we wrap ourselves up in other things - we cocoon.

We cocoon in our homes in sweaters, slippers, woolly socks, and drawn curtains against the draft.

We cocoon outside in hats, scarves, layers of long underwear, and snow crunching boots.

We cocoon inside ourselves, wrapped up in our minds and thoughts.

Yes, little fly friend, we are also entering a time between in our culture.

And our cultural cocoon is a painful one. Inside our culture is dissolving, breaking down.

Unlike the turn of the seasons, or the birth of a fly, the outcome of this is not easy to predict and its timing is not certain.

Unlike the seasons, the old way of being does not give way easily to the next.

Unlike the seasons, this change will happen only with our own efforts.

I want to ask the fly, "Did you know, as a tiny maggot, when your skin formed your pupal case...did you know you would emerge as a fly? Were you afraid when it was happening? Did it hurt?"

What kind of world will we emerge into in the spring?

What kind of world will be build over the coming years? 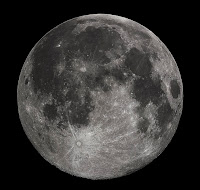 Last night one of my housemates and I watched the moon rise over the sea. The fog and bit of haze made the moon a red orange ball that was reflected in the water. It reflected its orangey red self in a moon trail across the bay.  It was beautiful...

As I sat there watching this beautiful moon rise, it struck me this moment I was experiencing felt like a look back moment; the ones you see at the beginning of a show or movie where an older character starts to tell a story about the past.  They pause, and they say something like...

"I remember watching the moon rise over the sea in early October that year. The Pandemic has been going for over six months, the election was looming and everything felt so uncertain...but we really had no idea how bad things were going to get..."

Everything feels very now. Something inside me knows that we are on the edge of something monumental - it may be good or bad or some mash up of the two, personally I vacillate between the WORST possible thing and the only slightly less pessimistic slow collapse and even longer recovery, with a lot of pain an suffering - and there is a call to pay attention, to notice things.

Maybe it is so we can look back and remember how we got to where ever we end up, or maybe it is some broader, cosmic hypervigilance; a coping mechanism that substitutes awareness for control - not to control the shift, but to know when it happens.

Email ThisBlogThis!Share to TwitterShare to FacebookShare to Pinterest
Labels: 2020 Election 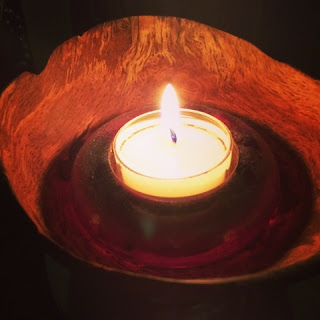