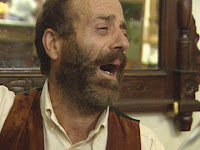 Cost:  Advance sales have closed. Tickets may be purchase for $15 at the door (Tips for the band are welcomed and encouraged)

I am beyond excited to bring Adela Peeva's "Whose Is This Song," a documentary that explores the origin of the song many of us know as Uskadar, to Flourish-Arts as Sacred Healing in Biddeford for a special screening on February 9th.

I'm also very happy to share that following the film there will be a special musical performance featuring music from the regions explored in the film including, of course, the song Uskadar.

Tickets for this special showing will go on sale December 28th!

"In her search for the true origins of a haunting melody, the filmmaker travels to Turkey, Greece, Macedonia, Albania, Bosnia, Serbia and Bulgaria. The trip is filled with humor, suspense, tragedy, and surprise as each country's citizens passionately claim the song to be their own and can even furnish elaborate histories for its origins.


The tune emerges again and again in different forms: as a love song, a religious hymn, a revolutionary anthem, and even a military march. The powerful emotions and stubborn nationalism raised by one song seem at times comical and other times, eerily telling. In a region besieged by ethnic hatred and war, what begins as a light-hearted investigation ends as a sociological and historical exploration of the deep misunderstandings between the people of the Balkans."